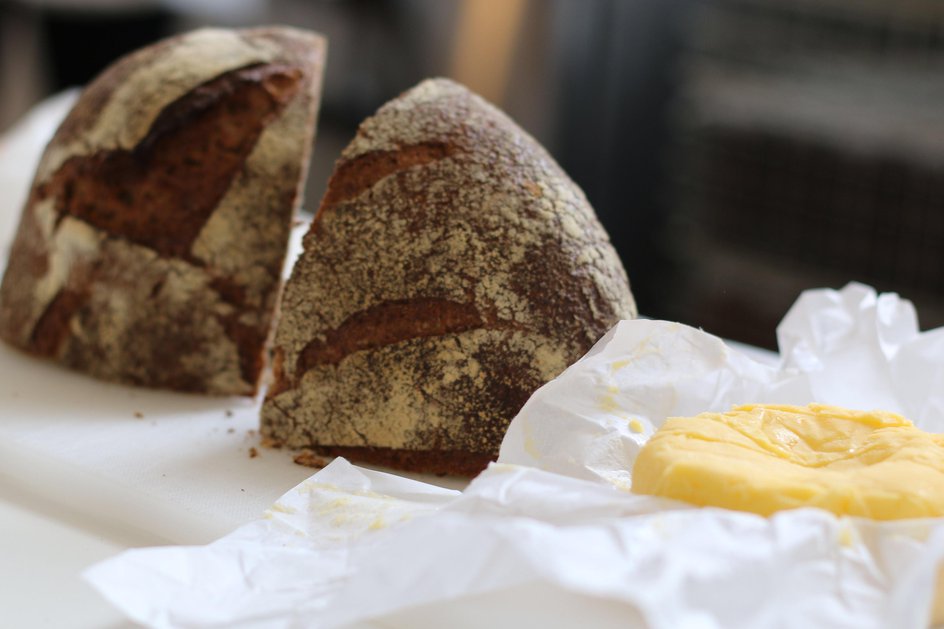 An innovative variety of organic wheat is giving a Nottinghamshire baker a unique chance to strengthen relationships across the supply chain and produce a more sustainable loaf of bread.

Thanks to her links with BBC Food and Farming nominees, Hodmedods, Kimberley Bell of the Small Food Bakery in Nottingham is using flour from the Organic Research Centre’s Wakelyns Population wheat to bake a very special variety of sourdough bread.

Designed to produce a diverse population of wheat, ORC Wakelyns wheat is the result of an evolutionary breeding programme involving 190 crosses of 20 different parent varieties.

By mixing the resulting seed, researchers created a genetically diverse variety which is not only suited to organic and low-input systems, but is also able to better withstand challenges from pests and extremes of weather.

Now the ORC is working with Kimberley to find out how easy the crop’s resulting flour is to bake with, and whether it results in a tasty loaf which has a strong story to tell consumers about how their bread was produced.

“I started using the Wakelyns flour after Hodmedods sent me a bag,” says Kimberley. “When I tried it I realised that it might be an interesting type of grain from its flavour, so I asked Hodmedod’s what it was, and that’s when I discovered its incredible story.”

For Kimberley, aside from the flavour, flour from the Wakelyns Population connects heavily with her bakery’s ethos to produce better-tasting food which is not only more sustainable for the environment, but has strong links to primary producers.

By ensuring her farmer suppliers are given fairer prices for their produce, Kimberley wants to help shorten supply chains and build relationships with growers so that her customers can get a better understanding of where their food comes from.

“The Wakelyns wheat has the most incredible set of credentials,” she adds. “People often argue that wheat production can never be sustainable, but the Wakelyns wheat seems to be part of the solution to our environmental problems of mono-cropping and using so many inputs.

“Our customers have been really interested in the story behind it too, and anything which helps connect people to their food is fantastic.”

Such an energy intensive method of production can lead to plants being far less resilient, and unable to cope well with extremes of weather, things like prolonged rain or drought.

The ORC Wakelyns Population wheat is designed to be more self-reliant, to have a stronger root system and interact better with the soil, helping it to grow well in different soils and to cope more effectively to unpredictable environments.

What’s more it aims to produce a healthy and tasty flour that will bring consistent returns to a farm business.

The population was bred by making 190 crosses among 20 different parent varieties and mixing all the resulting seed.

This has now been through eleven generations of natural field selection. Increased genetic diversity makes more efficient use of soil nutrients and water, lowers plant disease and pest levels and thus improves yield stability of wheat.

The Organic Research Centre 2015 launch of the ORC Wakelyns Population

This article was originally published in 2017

Letter to the editor - in response to I News...