Europe has the second largest area (16.5 million hectares), followed by Latin America (8.3 million hectares). The organic area increased in all continents compared to 2018, except in Asia (mainly due to a drop in organic farmland reported from China) and Oceania. 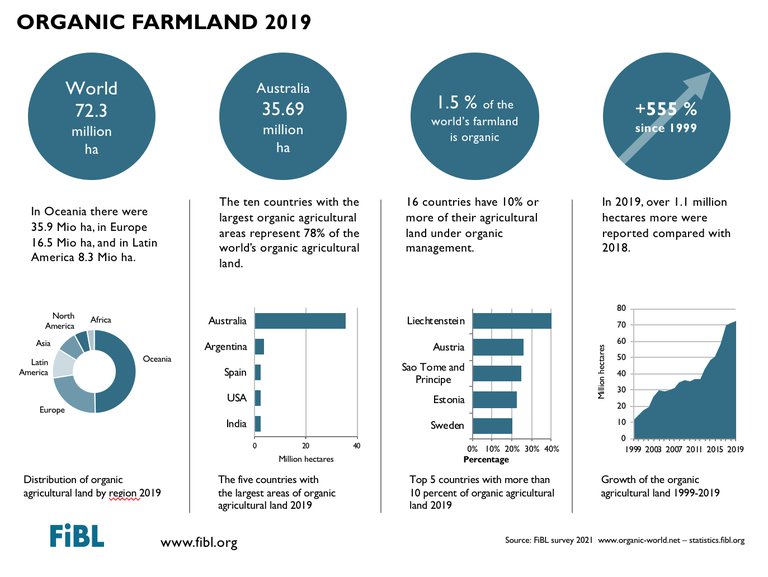 Globally, 1.5 percent of farmland is organic. However, many countries have far higher shares.

The countries with the largest organic share of their total farmland are Liechtenstein (41.0 percent), Austria (26.1 percent) and São Tomé and Príncipe (24.9 percent).

Some states in India are or aspire to be 100 % organic in the coming years. In sixteen countries, 10 percent or more of all agricultural land is organic.

The global market for organic food reached 106 billion euros in 2019.

The United States is the leading market (44.7 billion euros), followed by Germany (12.0 billion euros) and France (11.3 billion euros). In 2019, many major markets continued to show strong growth rates; for example, the French market increased by more than 13 percent.

Danish and Swiss consumers spent the most on organic food (344 and 338 euros per capita, respectively). Denmark had the highest organic market share, with 12.1 percent of its total food market. 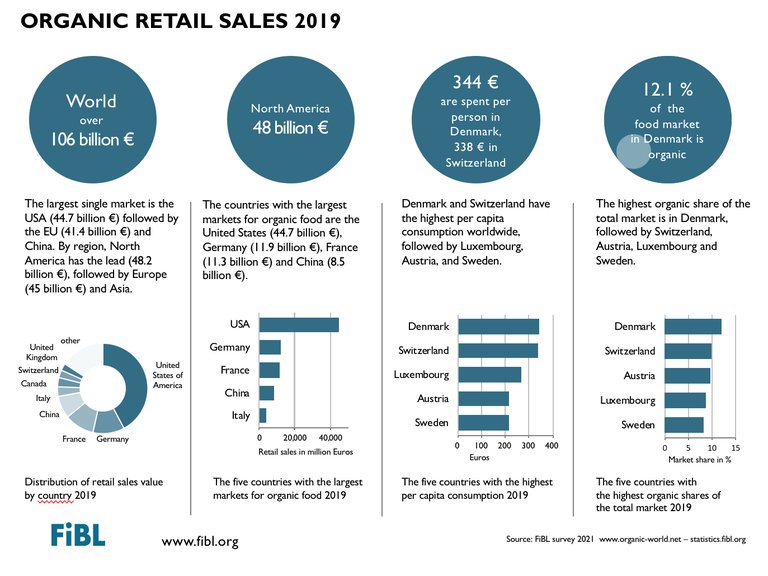 Organic producers on the rise – 3.1 million producers in 2019 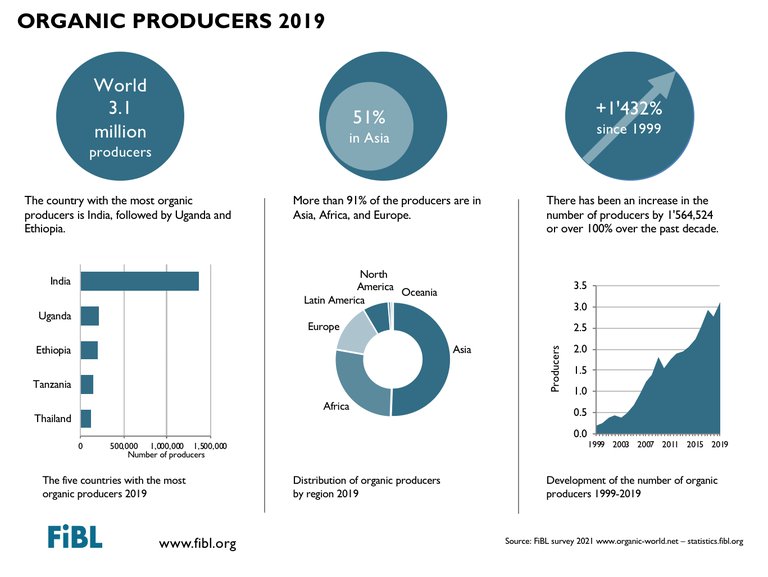 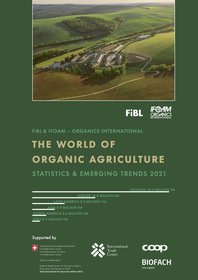 The 22nd survey on organic agriculture worldwide was carried out by the Research Institute of Organic Agriculture FiBL.

The full report is avaiable here 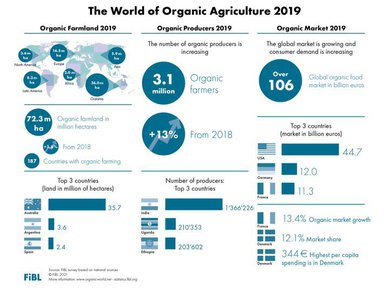