A bid to have the government change how the UK Environmental Protection Act is applied was at the centre of one of the amendments proposed but which did not make it onto the statute book when the new Agriculture Act 2020 became UK law.

Amendment 275 was aiming to give the Defra Secretary of State the powers to change the Environmental Protection Act in order to allow techniques in plant breeding that the European Union have legally defined as genetic modification.

Internationally organic regulations are clear on this point. Genetically modified crops are not allowed in organic farming systems.

In July 2018 the European Court of Justice made a ruling on new mutagenesis techniques - https://curia.europa.eu/jcms/upload/docs/application/pdf/2018-07/cp180111en.pdf

‘the Court considers that the risks linked to the use of these new mutagenesis techniques might prove to be similar to those that result from the production and release of a GMO through transgenesis, since the direct modification of the genetic material of an organism through mutagenesis makes it possible to obtain the same effects as the introduction of a foreign gene into the organism (transgenesis) and those new techniques make it possible to produce genetically modified varieties at a rate out of all proportion to those resulting from the application of conventional methods of mutagenesis.’

‘However, organisms obtained by mutagenesis techniques which have conventionally been used in a number of applications and have a long safety record are exempt from those obligations, on the understanding that the Member States are free to subject them, in compliance with EU law, to the obligations laid down by the directive or to other obligations.’

Before the UK government allow such techniques to be used commercially in the United Kingdom many very serious issues would need to be addressed.

To begin with we must consider the market. The governments of Northern Ireland, Scotland and Wales have all made it clear that growing genetically modified (GM) crops will not be permitted within their borders.

Indeed, across all of Britain people are still saying “no” to genetically modified food - https://www.gmfreeze.org/why-freeze/unwanted/

With the UK devolved nations and our largest markets in the European Union declining trade in GM food, it would therefore be a narrowing of market opportunity were the UK to adopt a GM path.

OF&G believe that strong regulation in food systems is essential. Our experience of adhering to a strong regulatory framework comes from the audits we administer for our licensees and from our own annual audit undertaken by the United Kingdom Accreditation Service.

We would, therefore, see no reason why others should not have to comply with an equally stringent set of standards to protect integrity in food supply chains.

Earlier this year responding to news of amendment 275’s proposal the Director of GM Freeze, a non-profit organisation who campaign to raise the profile of concerns about the impact of genetic modification, Liz O’Neill, said -

“all forms of genetic engineering are prone to errors and unexpected impacts while even the smallest genetic changes can cause complex and far-reaching changes.”

She added that regulation is a “safeguard, not a ban, and it would be foolhardy to give new techniques with no history of safe use free rein in our food and on our farms”.

At OF&G we support techniques in food systems from traditional to modern. We repeatedly call for much greater support to be awarded to research in agroecology from public funding bodies such as UK Research and Innovation (UKRI) which currently does not favour agroecological approaches.

We do not believe that plant breeding must be at a standstill, however nor do we see plant breeding as at all sustainable where it is removed from the Earth’s ecological systems. 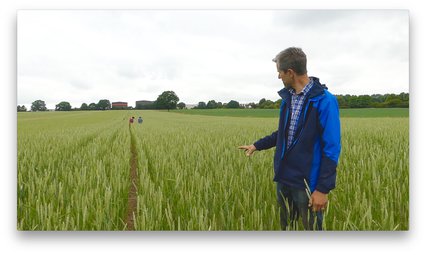 Where we would like to see more progress made is with forward-looking methods such as participatory plant breeding where farmers are at the heart of the process and very much in the driving seat.

And we know that marker-assisted genetic selection has shown remarkable success while also keeping within existing seed rules that are applicable across the British Isles and the continent of Europe and that can be compatible with organic standards.

Following the withdrawal of amendment 275, the government announced they would hold a public consultation on the issue. As this newsletter goes to print we have yet to see any sign of that consultation.

With science showing that climate and ecological crises are having profoundly negative effects on the systems that support food production banking on silver bullets cannot be considered a responsible approach.

When the government’s consultation is announced OF&G will be calling for more funding for research in organic whole system methodologies before any move to embrace unproven technologies.

Farmers face huge challenges from increasingly erratic weather patterns and a diminishing biological diversity in our countryside. And they still must be economically viable to be able to manage land and produce consistent quantities of good quality food. 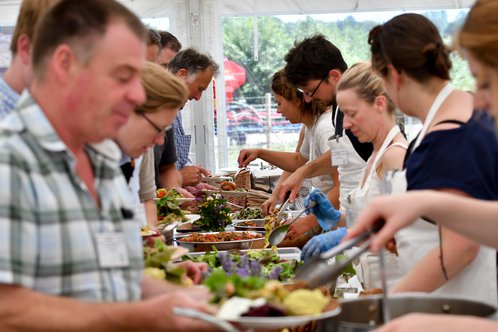 We want all parts of the food system to adhere to the same level of stringent regulation that our licensees achieve year-on-year. We want to see full support for established farming systems and fail safes in place for all systems to enable a truly sustainable growth.

We welcome feedback and if you have any comments or queries please contact Steven Jacobs, OF&G’s Business development manager.